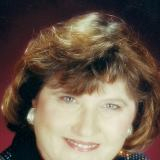 Maria has been receiving messages from heaven since August of 2000. She has received these inner voices, locutions, during prayer meetings at her home in Ontario, Canada and on many occasions while praying on her own, even into the early morning hours. Maria’s native tongue is Portuguese so it’s understandable that most of the people who know about her are Portuguese as well, but recently she’s been asked to spread these messages for all to see and hear.

Maria was a stay at home mom and her husband Manuel worked in the construction field for many years, and together they raised three daughters who now have families of their own. They lived a very comfortable life with Manuel’s hard work providing them with a beautiful home and all of their necessities. Most couples would enjoy their retirement by doing more and traveling more but Maria and Manuel spend their lives dedicated to prayer and spreading Our Lord’s message. Sadly, Manuel passed away in May of 2017 and is greatly missed by all his family and friends. He supported Maria in everything that she did.

SO WHY WAS MARIA CHOSEN? WHAT DOES SHE HAVE TO GAIN WITH ALL OF THIS?

She has asked herself, and God, that same question a hundred times. It was not because she had more schooling or was more spiritual than others and certainly not because she was more worthy. God has had a history of choosing the small, the spiritually uneducated, to do His work. A clean canvas that He could work with to display and convey His message and His brilliance. Don’t forget, some of the churches founders included fishermen and a tax collector.

Ask Maria and she will tell you that it hasn’t been easy. As incredible and wonderful as it would be to have that connection with God, the messages have never been widely accepted. Most people don’t want to believe and because they don’t believe, they label her as crazy. She will tell you that she is only doing what Our Lord has asked and that she does not promote or sell anything and has never asked for any sort of compensation. She is only spreading the Word of God as she receives it.

SO WHAT DOES GOD WANT FROM US?

It’s difficult for many to think about a God or a Devil in our society today, especially when we have everything at our fingertips to keep us occupied. We have 200+ channels on our television for hours of brainwashing fun, our phones can call or send a message instantly and can even take pictures and videos. We can do all of our work on our computers, then file it, while we watch a video, play games or listen to music.

The Bible says that in the end times, knowledge would be increased. Well, up until 100 years ago, people were still riding a horse and buggy and they sat around the radio to listen to their favorite program because the TV wasn’t even invented yet. Today, we have cars that reach speeds of over 300 km per hour, men have landed on the moon and we now have Satellites and CNN that will show us live pictures of a car bombing in the Middle East or live soccer games of our favorite team in Europe.

Why is it that for thousands of years our ancestors were unable to figure any of this out? In the 70’s and 80’s our telephones were attached to the wall by a 3 foot long stretchy cord but today, we can Skype someone, from anywhere in the world, on our computer or phone and speak to them face to face, in real time.

The office computers of the 50’s and 60’s would fill a room but a good laptop today will store as much information and process it in a fraction of the time. If you put a 10 year old child, with an iPhone, in a room filled with 70 and 80 year old men and woman, that child will show them things that they have never seen, knew about or heard of, thanks to YouTube.

SO WHAT’S HAPPENING? WHAT HAS MADE THE LAST COUPLE OF GENERATIONS SO SMART?

Well, if we go back to what the Bible says about Satan (the Devil), it says that he is a Liar and a Deceiver. He knows that his end is near and that a fiery pit is what he will be tossed into but he doesn’t want to go alone. He wants to deceive as many of God’s children as possible and drag them along with him. He also has his chosen few who were given this knowledge to distract and confuse God’s children.

He keeps our minds occupied with garbage so that we don’t think about God. He has provided the world with Pornography that anyone, including our children, could access from any computer or phone. He has provided us with websites where married individuals who are not happy with their partner, can find discreet relationships with others. Worst of all, he has provided a forum for sexual predators to hunt for our children from the comfort of their homes.

If there has ever been a Godless society, this is it. We have pushed God out of our lives and out of our minds. We are so consumed with making more money, getting faster cars and buying bigger houses that we have forgotten that this is only a pit stop and that we are whirling around at thousands of miles an hour on a big rock. No matter what we do or how hard we try, our lives WILL end, whether we like it or not..

Once again, the liar, the deceiver, has done his job well. He has convinced us that we need all of this stuff, and we are so preoccupied in getting it that we forget the one who loves us most, Our Creator. He has done such a great job of deceiving us that we will even go into great debt to own this stuff. This debt has been the cause of many good marriages failing and many lives being destroyed.

Our Lord has seen our self-destruction and has seen what Satan has done. He sees how Satan has deceived His children so God is reaching out to us through these Messengers.  His messages are Messages of Love and about how He wants us to return to Him, to trust in Him and allow Him to come into our lives. He wants to free us from Satan’s grasp and wants us to follow Him. He is letting us know that no matter what we have done in our lives, He will always accept us, but we have to allow Him into our lives first.

We see the direction this world is going in, and it does not look good. There are countries on the brink of war, more poverty, more disease. We hear about our climate change and see more natural disasters than ever before. There are solar flares that will one day knock out our satellite communications and meteors the size of buses flying into our atmosphere at 55,000 km per hour. What will it take for us to finally realize that we have no control over what happens to us on this big rock?

The sole purpose of this site is to deliver the Living Word of God to you and to all of God’s children as received by Maria De Jesus Coelho. Nothing will ever be promoted or sold on this site and you will never be asked to send any money. This site is here for us, to meditate on God’s Word and to pray for His guidance. Blessed are those who not only see and hear but also accept these Living Words of God. Amen.